Jack of all Trades – Master of None? 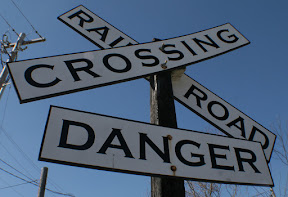 On occasion I’ll see a news story about the myriad ways that potential employers vet out job applicants.  One of the universal first steps is to do a simple Google search and I’m proud to report that if you Google my name then 9 of the first 10 matches have something to do with me.  So I’m certainly easy enough to find.  There’s plenty of me to go around but what does all this “Me-ness” really say about yours truly as a potential employee?  Certainly there are no embarrassing photos of me on Facebook.  I don’t tend to rant on drunkenly about any vast indiscretions in my life because… well, somewhat boring to report, there aren’t any.  So HR directors of the future will have no fun with my online profile.

I realize, as I look through those Google results, that it would be fairly difficult to detect that I’m actually a Computer Science graduate from Purdue.  My online presence is more akin to a liberal arts major than a tech geek.  My personal interests are all over the board from photography to writing to just about everything else.  This leaks over into my work as well.  In this age of razor-sharp specialization I’m the guy who will simply do whatever it takes to get the job done.  I was hired in my current position 8 years ago as a Web Developer and in that time I’ve done plenty of development.  I’ve also spent a lot of my time doing the nuts and bolts work of a software development company that not only aren’t code-based but also aren’t really all that technical.  Let’s look at some of my everyday job duties and maybe you, my wise WordPress collective, can tell me what my job title really is.

In my head, current state is great.  I love having so many inputs and responsibilities and wearing a jaunty selection of job-related hats.  Ya wanna know something about eBusiness?  Anything?  I’m your guy.

But then I start to ponder the future.  I’m not actively seeking work, but I can’t assume that I’ll be able to stay at my current job forever.  In the event that I do have to go elsewhere, what in the hell do I put on my résumé?  There aren’t exactly job postings for Manager/Architect/Support/Product Manager/Programmers on CareerBuilder.  It’s my impression that companies want specialists. If they need someone to do some facet of my job then they go out and hire someone who’s specifically trained to do it, not some guy who can do five different jobs at once.

As I ponder the “what if I were out of work tomorrow” question, three scenarios occur to me.

Firstly, I could go back to just being a programmer.  The difficulty with this is that as programmers go I’m rather antiquated.  While other developers want to play about with all the latest in technologies I just want to write good solid code that’s easy to support and understand.  Personally, I think that if your code isn’t comprehensible by a first-year student in C# then you’ve screwed up.  I think developers tend to forget that eventually somebody else is going to have to read their code.  At any rate, lecture mode off.

Secondly, and perhaps most attractively, I could find myself another small company and try to work my way back into a position like the one I have now.  Sadly, I think those opportunities are fairly rare so my optimism at finding such a thing is rather remote.

Thirdly, I could just storm off into the unknown and squeeze my living from whatever other talents I might possess.  Perhaps I could sell enough photos, writing and eBay trinkets to not go bankrupt?  I don’t know, honestly, but that would be a rather tenuous choice.  It makes for a fairly poor tertiary back-up plan.

The summation of this somewhat winding missive is that I don’t know.  I feel that I could and would be an asset to any company that chose to hire me but I have no clue how to construct a business argument for a concept that runs so contrary to the common wisdom that you hire people for a single job and let them do it.  The good news is that I don’t have to worry about it…. Yet.

36 responses to “Jack of all Trades – Master of None?”

Please let us know what you think! Cancel reply