The summary is a pretty simple one and one that about half the population isn’t especially comfortable with. All the dudes are gone. Society has turned into the ultimate matriarchy. All is well and good though, they’ve figured out how to get by without us. Until one day scientists create a dude and 500 of monosexual culture it turned on its proverbial ear.

To the positive side, this is one of those brilliant science fiction novels of the 50s-60s-70s that not only entertains you but has a deep and vibrant kernel of sociological truth to it. This isn’t just a feast of Lesbian eroticism (which it most definitely is) but it’s also a broad and well thought out tale of how societies and governments deal with and relate to change. It’s one of those books that always makes me whip out the standard mantra of “this is what science fiction was meant to be!” It makes you think about yourself and about everyone you know in new ways.

To the negative, and this is not so much a negative as it is an advisory to potential readers, the book loves its terminology. You’re advised to look up the first ten words you don’t know (unless you know the definition of cytology and parthenogenetic off the top of your head) and commit them to memory because you’ll be seeing them again and again and again. The book is an education but be prepared to either gloss over things or infer by context because this isn’t the soft vocabulary fiction you’re used to.

In summary, this book is exactly as old as I am and it’s worth a read. It does tend at times to be rather graphic sexually so it’s not one for the kiddies but it has a lot of deep things to say about humanity. I’m sad that I’ve lived my entire life along side it without having any awareness of its existence.

Permanent Emergency: Inside the TSA and the Fight for the Future of American Security

Not a bad little read if you take it slowly.  Free to the first person who asks.  Oh, and vote the review helpful on Amazon if you find it so.

Of Spies, Guys and Dainty Pirates 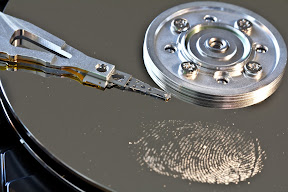 After finishing with the scurvy pirates a few days ago I started Sulick’s new book on espionage in America. It seems promising. The introduction informs us that there was no established part of the U.S. Government responsible for counter-espionage until 1939. During times of war, a group of officials was cobbled together to catch spies but when hostilities ceased they were disbanded. This meant that every new outbreak caused the whole department to be recreated from scratch, a very inefficient process. The author goes on to point out that the U.S. has had a rather false sense of security from espionage because of the psychological protection of the yawning oceans that lie between us and our combatants. Add to that the unusual level of personal freedom we enjoy and you get a country very susceptible to spies.

Espionage during the Revolutionary War was rife because, honestly, not everybody agreed with the idea of revolt in the first place. The first convicted spy against the U.S. was Dr. Benjamin Church, a well respected physician and member of the inner circle of the revolutionaries. Even as a surgeon his earnings were a paltry $4 a day but no one found it surprising when he suddenly started living a lavish lifestyle well above his means. He was considered above suspicion until a coded letter to his handlers was intercepted (he had entrusted it to one of his mistresses for delivery) and decoded. When confronted he claimed to be just pulling the legs of the British but was still found guilty. Unfortunately for the revolutionaries there was no law for espionage so there was some legal problem with what exactly to DO with the guy. He was eventually imprisoned and sent to the West Indies.

In the fictional realm, I highly recommend Bernay’s The Man on the Third Floor. Our protagonist is a gay book editor in the 1930s with a wife and family. His male lover lives on the third floor and acts as chauffeur. I think I need say no more. 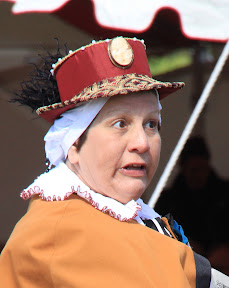 Finally, a short dangling participle from the land of Pringle’s Pirates. In 1720 a group of pirates was captured, convicted and sentenced to death by hanging (and maybe some drawing and quartering after that). Two of the pirates stepped forward and declared that they could not be executed with the phrase: “We plead our bellies!” Pregnant women could not be executed and Anne Bonny and Mary Read had lived among the pirates and some of the pirate’s kind attentions had taken root. There is some speculation that the entire story may be apocryphal but also a fair amount that it is true and that the women were smuggled aboard as “wives” for two of the male pirates. Unfortunately, privacy is pretty hard to come by on a pirate ship. Once the cat was out of the bag, so to speak, the cat was shared amongst the crew.

On Poverty and Hunger

This year at Christmas I had the opportunity to buy one of my gift recipients a large amount of food.  Nothing says Christmas to a starving college student like a 50-pound bag of rice.  As I was trundling my wheeled grocery conveyance through the parking lot of the local purveyor of bulk comestibles and loading said bounty into the trunk of my car, it occurred to me just how ludicrously cheap food is in this country.  To the savvy and tolerant shopper one really can live on next to nothing.  It is a certainty that the fare available for the cheapest prices is neither particularly tasty nor diverse in character but it is nutritious and more than sufficient to sustain life.

As this thought was floating though my head, the contrary thought arose that there are still, even in this country of economical food, many, many people who go to bed hungry each night.  For many when the weather turns cold it is literally a choice between “heating and eating”.  How can these contradictory facts co-exist?  How can people be hungry in a nation where food is so cheap and so readily available to everyone?  I think the answer lies in at least three factors.

The first factor is purely an economical one.  I went to the store prepared to spend whatever it took to amass the needed food.  If the price had been twice as much, I would have come home with the same amount because the goal was to purchase a certain amount of food rather spend a certain amount of money.   So if the bill was $50 or $100 was largely irrelevant.  Unfortunately, this is a luxury not afforded to those in straitened financial conditions.  More often the amount to be spent is not only much less but absolutely fixed.  When one has $20 and 3 hungry children to feed between now and payday, the choices are much different.  No one in danger of hunger is likely to buy a 50-pound bag of rice.  This is unfortunate since the larger bag is likely to be several times more economical in the long run than the smaller one.  To those in poverty, however, the ability to invest in the future by buying the larger container is much more difficult.

The second factor is that of transportation.  For my shopping I simply packed everything into the trunk and drove home.  It was as simple as that.  Imagine though if I had to take the bus with my shopping.  Heaving a large bag of rice on the bus is well nigh impossible and may be utterly unthinkable if small children are in tow as well.  Even if a parent has the knowledge and resources to buy the larger container they’ll be hard pressed to get it home.

The third factor, and the one most consistently ignored by those who address the problem of poverty, is education.  I can go to the store and buy a month’s worth of food because I know what to do with it.  For parents whose primary sources of food are pre-packaged and highly processed, a bag of rice and beans isn’t a particularly intuitive source of nutrition.  If you’ve never cooked before, cooking can be an exceptionally daunting task.  Further, many shoppers don’t realize the economic benefits of buying foods packaged in a particular way.  It is somewhat counter-intuitive to think that a large container of food which costs more is actually more economical than many small ones.  Those in poverty who haven’t had the experience and education to guide them in this way perpetuate their economic positions through simple lack of knowledge.

Traditionally in this country our favorite mechanism for dealing with the hungry is to simply throw money at the people who are hungry.  Clearly though this only addresses a third of the problem.  Even if we give them the money to shop more frugally that is no guarantee that they will do so.  To be effective in combating the problem of hunger we not only have to provide but also educate.  This is a task at which churches and grass-roots organizations excel and at which governments traditionally fail miserably.  We need as a society to stop just giving money and instead give our time and energy to educate those around us who lack the basic knowledge of personal and household economics to run their lives in an efficient manner that will eventually draw them up from poverty and make their lives better.  Ultimately, those are lessons that are self-perpetuating and the benefits will be seen for generations and generations to come if only we make the investment of ourselves now.