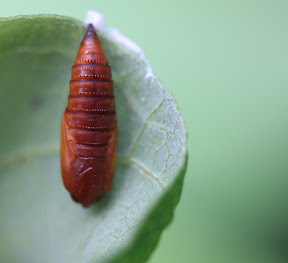 Well, well, well if it isn’t the unlucky side of the house that gets to hear me blather on about nothing.  Like a late-series Seinfeld episode this is likely to be one of those posts that you read all the way through and as you near the end you say to yourself, “What did I just read THAT for?  I could have been gouging my eyes out with chopsticks during that time!”  I’ll try to avoid anything that would bring you to that extremity but I must point out that I’m not likely to be entirely sensical.

So this entry was very nearly devoted to photography watermarking.  I had a couple paragraphs written before I realized that I was so over the idea that I didn’t even care enough to write about how annoyed I was by it.  Suffice to say that the new protection mechanism for my photographic work basically boils down to trusting the great stone wheel of karma to crush any would-be wrong-doers.  So if you steal my work for your own profit-making purposes then I’m just going to laugh when you get crushed by a huge rock.  No sympathy whatsoever.

Moving on, I woke up this morning with a hangover.  That would be a katzenjammer to all you visiting New England types.  Before you cluck your tongue at me both for being hungover and for using the word katzenjammer when hangover would have done perfectly well, let me inform you, oh assiduous reader who has made it 254 words into this post, that it was a hangover NOT caused by alcohol but rather from general dehydration.  In retrospect it has been a rather busy few days.  I traipsed for many, many hours photographing the city Sunday and Monday and apparently took far too little care with my own level of hydration.  Thus the surprise of waking up this morning feeling as if I’d been hit over the head with a tequila bottle despite the fact that I hadn’t actually consumed any fermented agave squeezings at all.  Clearly taking one bottle of water is insufficient for seven hours of hiking over two days.  Who knew?

Being sensitive to my own weariness, I came home tonight intent on relaxing a bit and putting my feet up in front of the television.  True to form, I proceeded instead to sit at the computer and work on personal projects for… five hours.  Ahh, it sure feels good to relax!..?  I really don’t see how people do it.  If I don’t accomplish… well, something that I can vaguely justify as “productive” in an evening then I start to feel rather guilty about it.  The average person, I sense… I suspect… does not have this problem.  My fundamental need seems to be not to relax but simply to do something different.  The last two nights I did the outside thing.  Tonight I planted myself firmly inside, made a simple dinner that hobos would be ashamed of and just wrote, edited, uploaded, and generally fiddled.  Tomorrow I’ll be back out in the crowds and that’ll be good again because it’s different.

In the paragraph above I hint at the need for something “productive” and it’s at about this point in my mental conversation that I ask myself the rather pointed question, “and THIS is what you call productive?”  Much of tonight was wasted.  I hosed about pointlessly with watermarking photos and the decided that was stupid.  So two hours down the crapper.  I did eventually finish two blog posts and start this one.  The first was a short blurb on night photography on the photo side of the house.  This might be somewhat helpful to someone though there are thousands of people better qualified to give this advice than I am.  Despite that, if the stats are to be believed, plenty of people will read it so perhaps it’s some positive contribution to the universe.  The second was a 100-year-old ad for toothpaste on the advertising side.   Traffic over there is pretty light but I tend to amuse myself at least.  Lastly there’s this wandering musing in search of an ending.  All this brings me solidly back to the fundamental question of “what’s the point?”  Why do I, or does anyone, bother?  What exactly has been accomplished by anything I’ve done tonight?

If one takes a few deep breaths and works really hard to put the answer of, “I do this to service my raging narcissism” out of one’s mind, then one can devise a couple reasonably plausible answers.  The first is that putting oneself on public display does have a tendency to improve whatever you happen displaying.  Even if your audience doesn’t offer their direct and helpful feedback, merely the knowledge that whatever you write or paint or photograph will be on display and open for others to see does tend to make one focus a bit.  I hope that I’m a better “photographer/writer/advertising commentator/whatever” because of your collective influence.  It’s also worth noting that you DO offer your direct feedback and are exceptionally helpful.  Not to mention that in consuming your work as I peruse your respective blogs, it fortifies my own and makes me at times absolutely consumed with envy.

So if not this, then what?  I could, I suppose, sit and learn a foreign language or read every book in the Big Box of Books but would that be an improvement over what I’m doing?  The mere act of repeating an activity reinforces the skill it takes to achieve it so even if I write and write and write every day and nobody ever reads it then I am, by force of repetition alone, improving my craft.  So if I can use my raging narcissism to my advantage and motivate myself to actually do something that’s good for my intellectual life in the long run then isn’t that good thing?  It seems a victimless crime unless you count my readership.

And with that, I think I shall close.  Such is the somewhat tattered thread of consciousness that runs through my life.  I find myself having much the same mental dialog over and over and sometimes with vastly different outcomes.